View All In The News 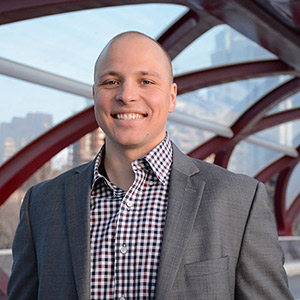 BE IN THE KNOW!

Thank you for signing up to receive emails from us on the latest mortgage rates and interesting home ownership news.

You will receive a confirmation email from donotreply@invis.ca with a link that you will need to click on to confirm your email address.

We value your interest and look forward to keeping in touch with you!

Derek was an excellent mortgage broker to work with and we would recommend his business to anyone buying a home. Derek helped us secure a mortgage that met all of the conditions we were looking for. He was extremely timely in his responses to us as well as helped teach us about important things that were in the terms of our mortgage. Derek worked with us under a tight deadline and followed up after everything was finalized to make sure we were satisfied with everything. We really enjoyed working with him and if we need another mortgage in the future we will reach out to him again.

Very professional and empathetic to all the stressors one must go through for a mortgage. He helps keep you calm and relaxed throughout the whole process. Very enjoyable to work with. I would recommend Derek to anyone.

I have used Derek on more than one occasion to help with a home purchase and mortgage renewal. You could not ask for a more helpful and attentive person, he was there to answer all my questions and explain the small details. Derek also worked very hard to get me the best rate and product for my needs. I will recommend him time and time again. Thanks Derek.

Amazing! Truly Amazing! We were in a bind with the bank, and Derek got us approved within 24 hours. Communications between Derek and myself, and my partner and Derek were amazing, clear, concise and prompt. Any questions he answered as quickly as possible and knows this job inside and out! Definitely recommending him to anyone thinking of buying a home.

Derek was willing to offer advice and support throughout our mortgage transfer process. His response time to questions or concerns far surpassed our expectations. Derek made us feel his main focus was the best possible plan for us. It felt like we were dealing with a long time friend. We highly recommend taking advantage of all Derek has to offer. Follow him on Facebook for free advice, informative links and home improvement tips. The break up with our bank seemed daunting, but Derek made sure it wasn’t. We are extremely happy.

Highly recommend Derek, I can not thank him enough for the work he put in for us for our mortgage approval. He always answered promptly, and answered all questions we had regarding our mortgage.

We highly recommend Derek! He went above and beyond every step of the way. Very professional and personable. He worked until the last minute to ensure we were getting the best interest rate possible. Wonderful experience working with him!

Derek helped us to secure a mortgage we were comfortable with and kept everything on track. He is very personable and had our best interest in mind. I would confidently recommend his services to friends purchasing a house.

Derek was very thorough, very apt, and helpful throughout the whole application process. I found him to be forthright, upfront, and communicative about everything in his purview and power. I felt like he knew what he was doing and knew what questions to ask and what information to seek that would make both our lives easier. i am satisfied he found me a mortgage at a competitive rate.

Derek was very prompt at answering all questions we had. His attention to detail in all aspects of real estate finance was invaluable. He was able to get things done under a tight deadline. I highly recommend him.

I approached Derek initially just to see if he had a line on competitive mortgage rates. Turns out my mortgage situation was a little more complicated as it involved transferring my current mortgage to another lender and consolidating some debt. Not only did Derek find me the best rate available, he also negotiated with the lender to get the rate down further. Perhaps the most important part of my experience with him though: I was dead set on refinancing a certain way which in retrospect was not the most optimal. Derek did some outside-the-box thinking and presented to me with another option, which at first, was out of my comfort zone. Without pressuring me, he did the research and presented me with an argument for his plan backed up by numbers and facts. Then he let me decide for myself. Derek displayed the perfect balance between not capitulating to my apprehension (which would have resulted in a less optimal situation for my family and future), and having patience with me believing that his research and data would be enough for me to “see the light”. Always felt, and feel, that Derek has my family’s best interest at the forefront of every suggestion and decision. To say Derek went above and beyond would be a huge understatement.

Thank you so much for all your care, attention to details and hard work. The pre approval process really help make our first time home purchase a breeze!

Got me a great deal very helpful throughout process !

Thanks for all you have done to help get us into our own home. We appreciate your market knowledge!

Excellent service and attention to detail. You walked us through everything so there were no surprises at all. Highly recommended for sure!